My appetite perks up the minute I pass by this food outlet. There’s the homey smell of roasting chickens and spices and some goodness floating the air of the Appa Kaddai. I had the pleasure to experience dining over a lunch at the award-winning Indian restaurant located in JLT. Because I did not bring my homefood that day, I was excited to dine in again.

At first, I struggle to choose from such a mammoth Indian menu, but I settle on a healthy choice with soft parathas and velvety Chinese corn soup. It was a pop!

Another round gone today, I came along with a friend and this time, we ordered Chinese Chicken Combo and two pieces of Malabar paratha which are both absolutely divine and not very spicy.  THe quality of the chicken was really good and well cooked.

While waiting for the order to serve, one thing that struck me was the walled quote that shows: 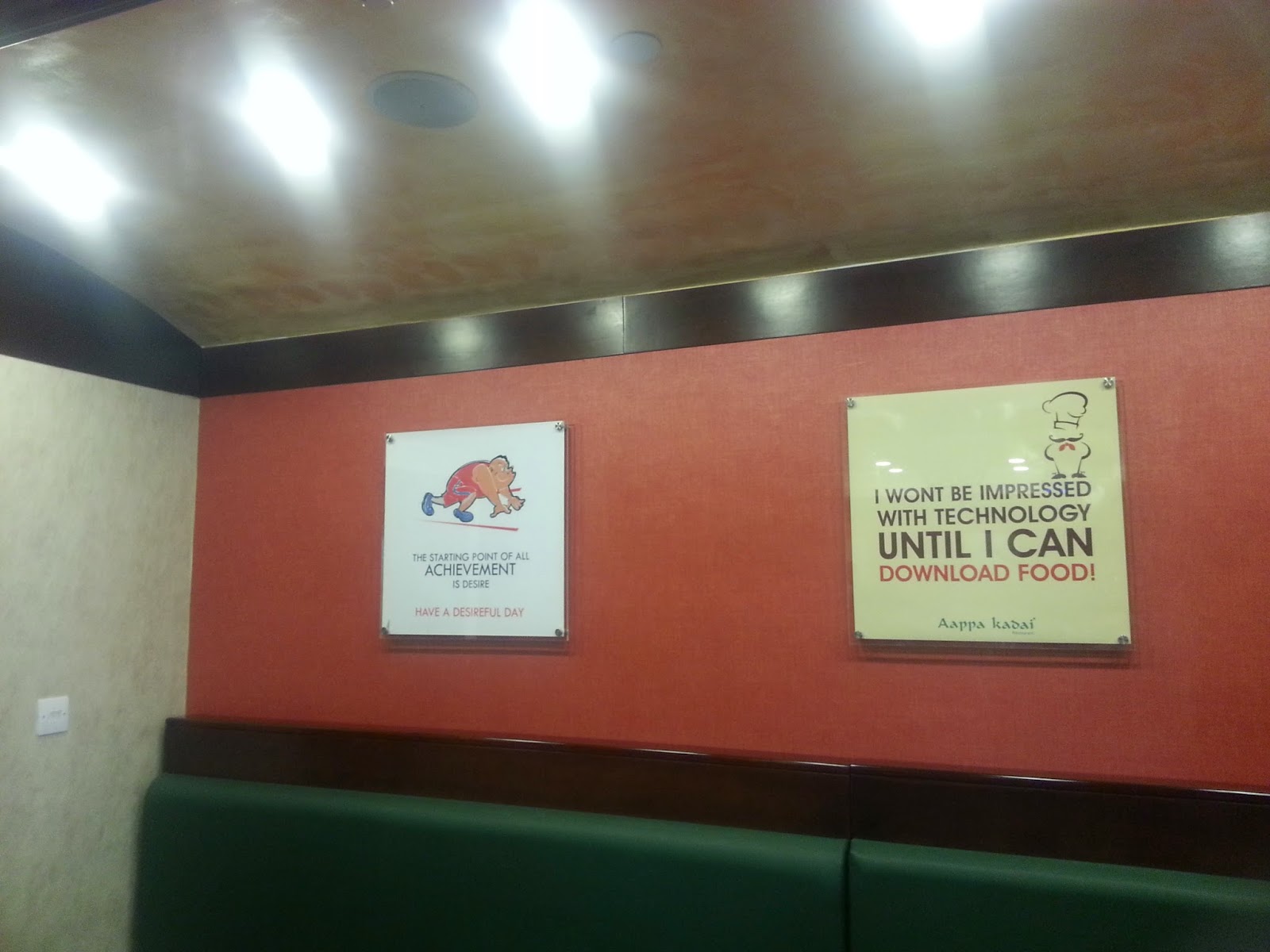 Inspired by India’s affection of spices and culinary masterpieces – Simran’s Aappa kadai’s special offering to food lovers is the popular bowl shaped pancakes made from fermented rice batter and coconut milk, called Aappam. The origin of Aappam dates back to 1st Century AD when ancient people living in the coastal belts of Tamil Nadu, Kerala and Sri Lanka used to relish this delicacy.

The Aappam, is perhaps the only dish that is cooked in a number of ways and styles by different countries. Aappam is not only popular in South India but also had its influence on Burmese and Sri Lankan cuisines. It is a staple diet and a cultural synonym of the Syrian Christians of Kerala (India) who cook the Aappam in a very distinctive style.